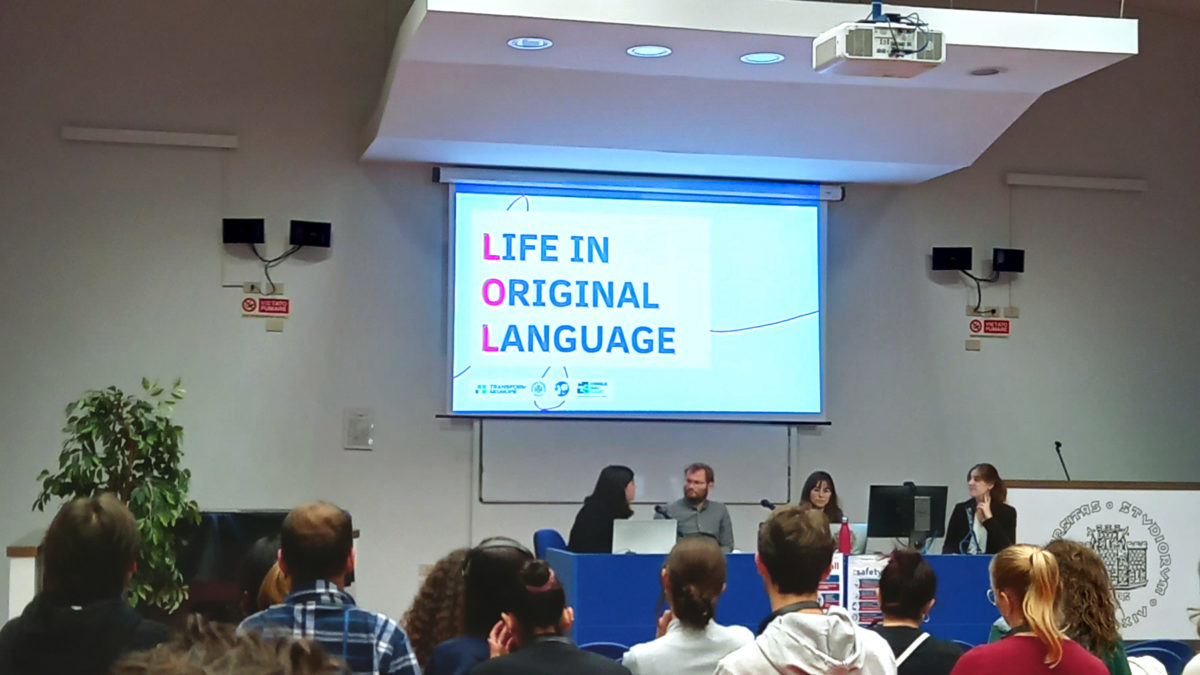 WIthin the initiatives connected to the T4EU Project, Saturday, October the 22nd, the students of two partner Universities held an initiative for which they had started working a few months ago.

The international conference, entitled “Life in Original Language”, aimed at highlighting the incredible life experiences that language knowledge can bring you.

Three speakers from USaar (Lukas Redemann), SISSA (Nadia Bersier) and Units (Francesca Di Rosso) spoke about how they lived abroad, learned each time the local language, and how enriching it was to seek understanding between cultures.

But their message about multilingualism would have been less strong, if they hadn’t spoken each in their language (German, French and Italian), simultaneously interpreted by the students of the Studies Section in Modern Languages for Interpreters and Translators of the University of Trieste.

A special award goes to the Student Group “Trieste Interpreting Practice”, which launched the project and organized the whole event, granted by the University of Trieste and University of Saarland under the flag of the T4EU Alliance.

“As a language student, it was really interesting to hear how foreign languages can play an important role in the lives of people who use them on a daily basis as a way to communicate, rather than as the main element of their jobs or studies.

It was also very useful to learn more about the job of interpreters, and I found it fascinating to listen to them as they interpreted simultaneously.”

Multilingualism and Multiculturalism are indeed a corner stone in the Transform4Europe European University Project and are also part of one of the 3 key actions of the European Students Assembly.

In taking the initiative, the students of the partner Universities showed that these are not empty words and that they are ready to live up to it.

The content of this website represents the views of the author only and is his/her sole responsibility. The European Commission and the Agency do not accept any responsibility for use that may be made of the information it contains.