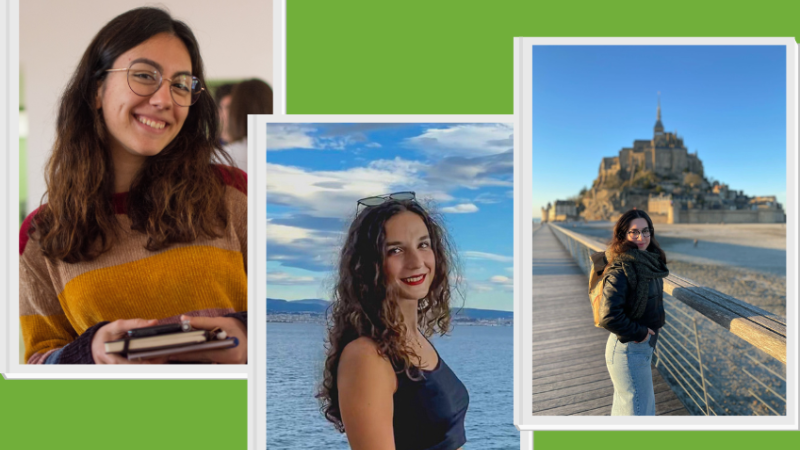 The Transform4Europe Alliance aims to ease the experience of visiting students by establishing the Student Ambassador Programme, which provides them with “buddies” to welcome, foster, and support them during their mobility.

The Ambassadors are outstanding students from the home university, with a good knowledge of the city, the university, the Transform4Europe Alliance, and of more than one language.

Let’s get to know the University of Trieste’s new Student Ambassadors:

Margherita Giordano is a bachelor degree student in modern language translation and the current president of ESN Trieste. She is also involved in ESN Italy and she has had several other international and volunteering experiences. As a language student, she is very keen on getting in touch with different cultures and practicing foreign languages, and she hopes that the Student Ambassador Programme will allow her to do just that.

Solange Lazzaro is also a language student, specializing in Spanish and German. As for her international experiences, she spent some time in England and Spain when she was in high school, while during her university studies she became a member of ESN Trieste. She hopes that the Student Ambassador Programme will help her meet new people and get to know their languages and cultures.

Nurah Omar studies Translation and Law and has two great passions: languages and volunteering. She already speaks six languages, but she is always looking for new ones to learn. She has a rich baggage of volunteering experiences, that range from helping refugee children to assisting victims of domestic violence. At the moment, she also organizes events for the Islamic Cultural Centre of Trieste as well as for ESN Trieste, and she is very excited about her new role as a Student Ambassador!

The content of this website represents the views of the author only and is his/her sole responsibility. The European Commission and the Agency do not accept any responsibility for use that may be made of the information it contains.